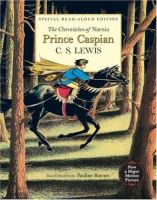 “When the police arrived and found no lion, no broken wall, and no convicts, and the Head behaving like a lunatic, there was an inquiry into the whole thing. And in the inquiry all sorts of things about Experiment House came out, and about ten people got expelled. After that, the Head's friends saw that the Head was no use as a Head, so they got her made an Inspector to interfere with other Heads. And when they found she wasn't much good even at that, they got her into Parliament where she lived happily ever after.”